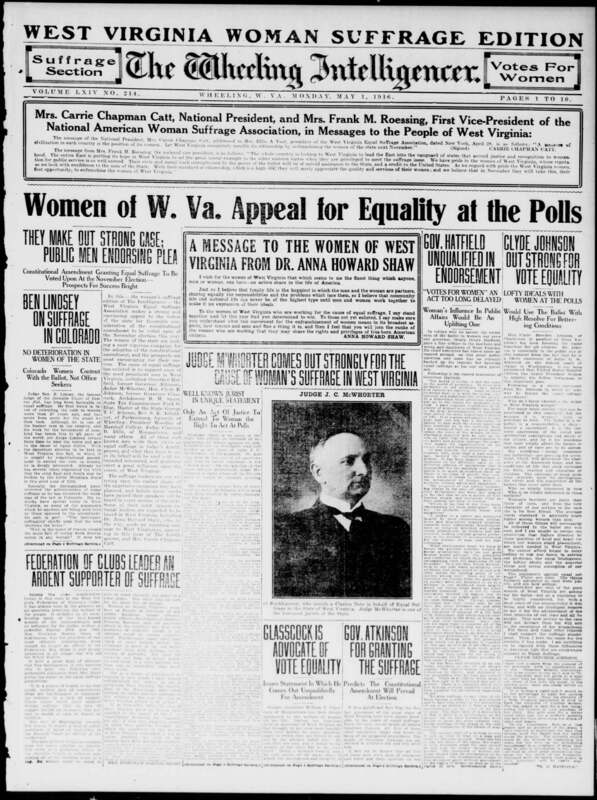 A resolution to amend the West Virginia Constitution to allow for woman suffrage passed both houses in January 1915. It would be voted on by West Virginia residents during the 1916 general election in November. West Virginia suffragists began to rally support for the amendment with WVESA Vice-President Lenna Lowe Yost in charge of the campaign.  State and national organizers were sent out to the field.

Despite the vocal campaign, the suffrage amendment failed overwhelmingly.  The final vote on the referendum was 162,158 against and 63,540 in favor.

Lenna Yost, president of the WVESA in 1916, wrote a final report on the campaign and why the amendment was overwhelmingly defeated. The report breaks down the vote count by counties, level of education, party lines and race. Yost notes not one of the of subjects listed were strong enough be a major factor in losing the referendum.  Possible factors mentioned were the concentration of campaigning in urban areas and not enough in the rural areas due to weather and transportation.  Also, some suggested the expectations were “too much to win on the first submission of the question to the people in a State where there had been so little agitation and organization for equal suffrage. Yost ends on a positive note, “A good foundation has been made for a victorious campaign for either ratification of a State or National amendment.” 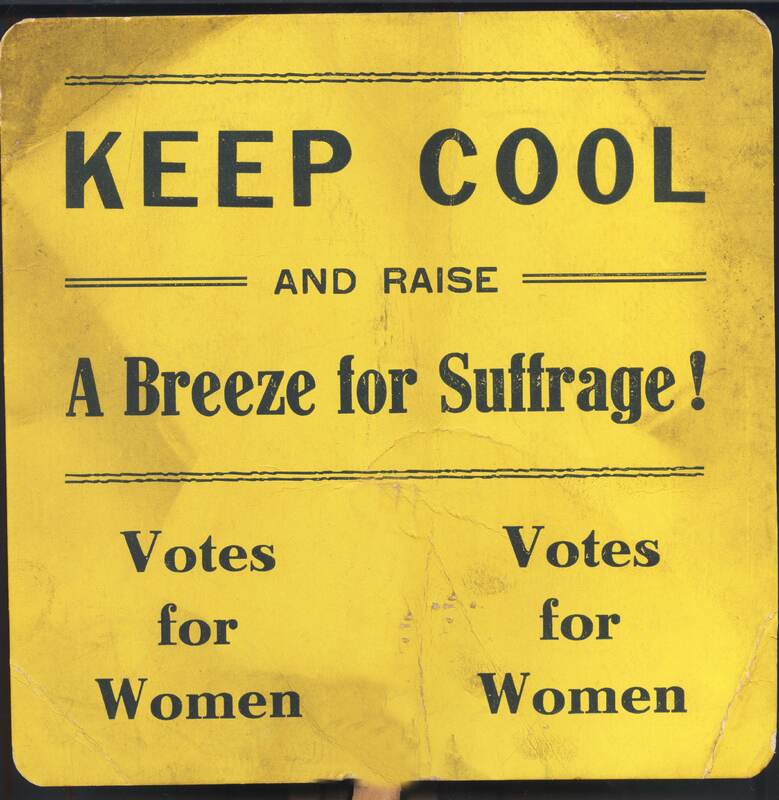 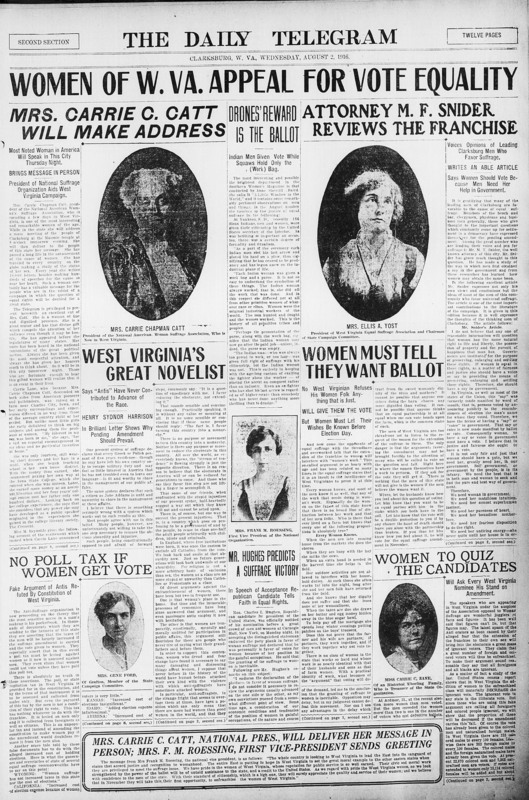 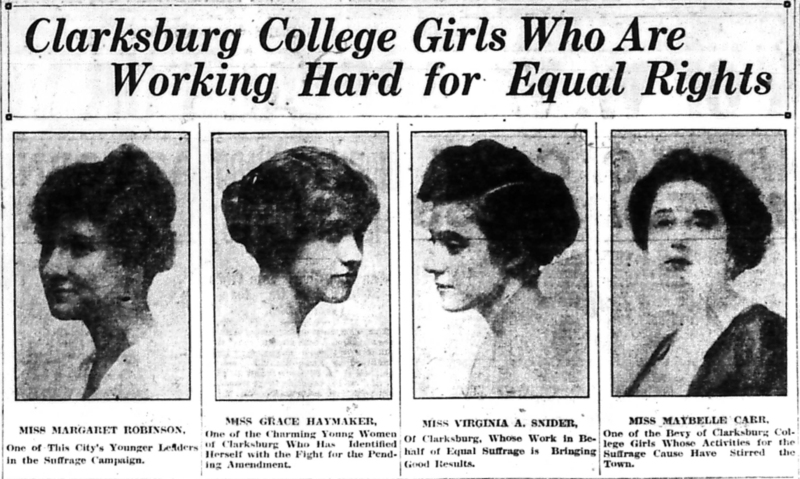 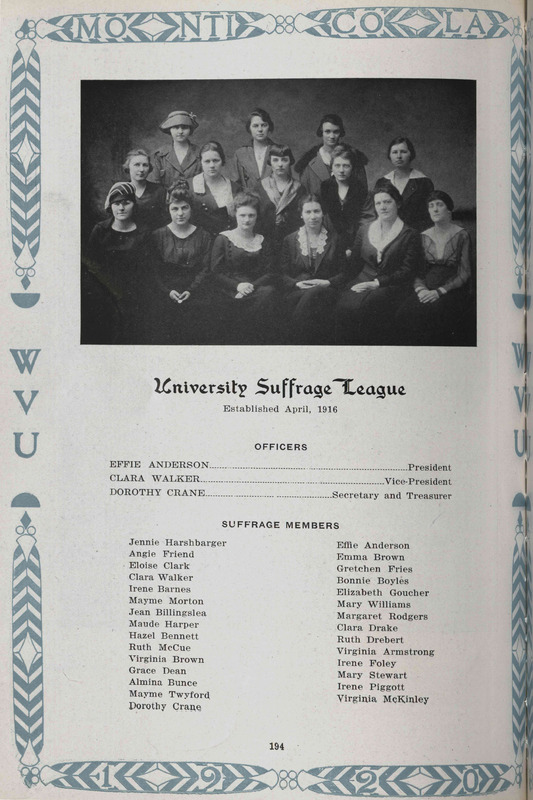 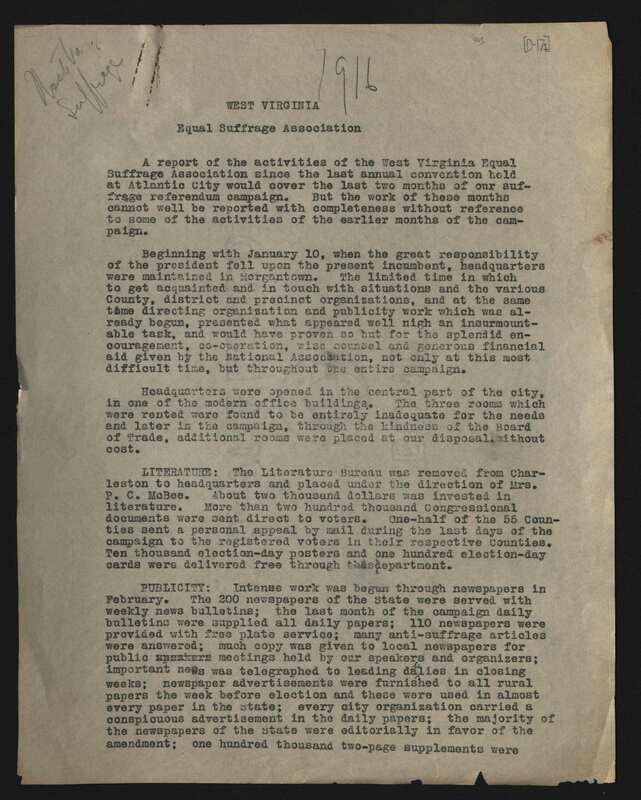 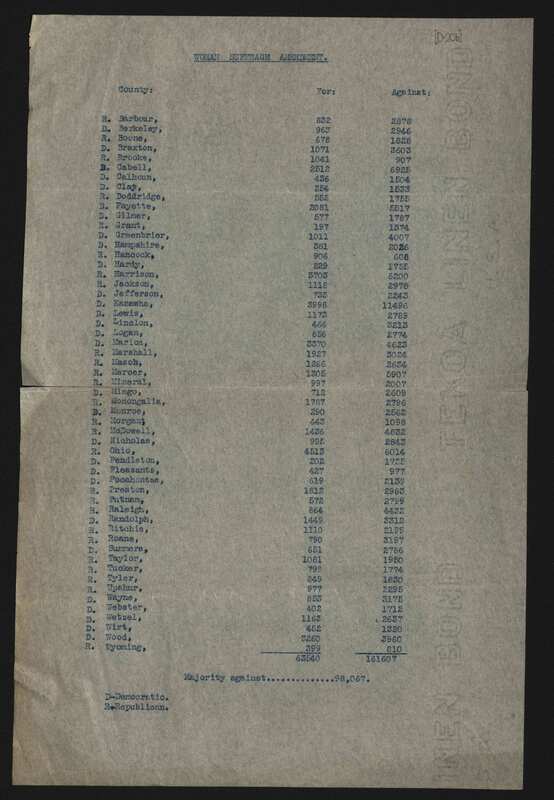 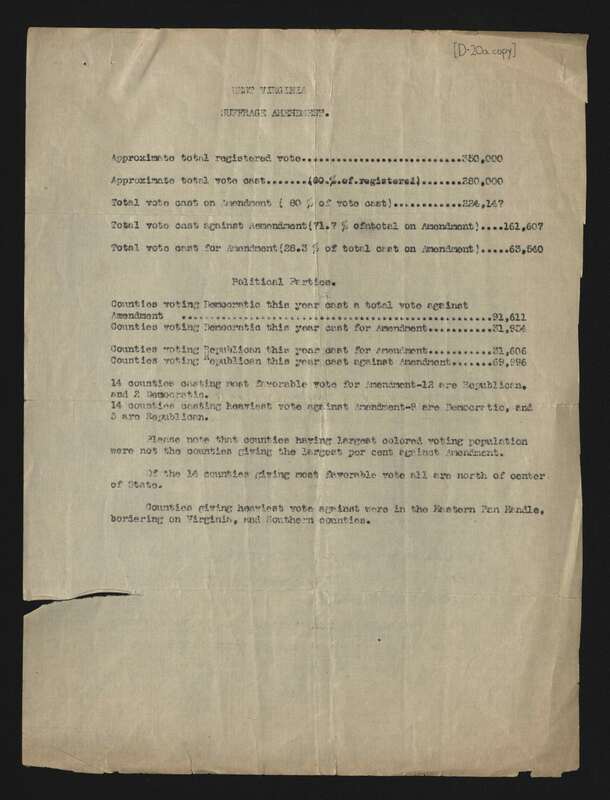