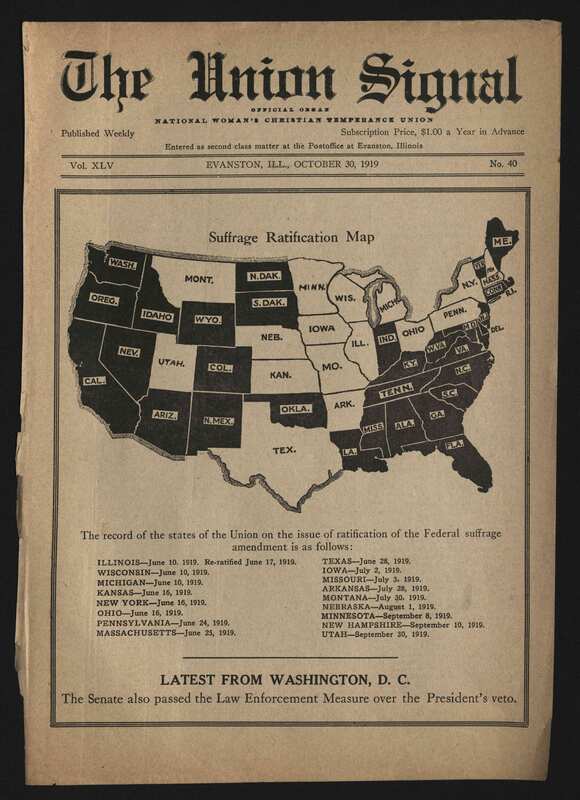 The Woman’s Edition of the Fairmont Index newspaper published in 1896 describes the creation of the Political Equality Club of Fairmont just a few days after the formation of the West Virginia State Woman Suffrage Assocation in November of 1895. After a meeting called by the National Woman’s Suffrage Assocation in Grafton, clubs such as these emerged in Grafton, Clarksburg, Mannington, Benwood, Wellsburg, New Cumberland and New Martinsville in addition to Fairmont.  That momentum faded quickly and only the Fairmont and Wheeling clubs continued to exist a year later.  In 1904, the state association changed its name to the West Virginia Equal Suffrage Association and held annual meetings. The Fairmont and Wheeling clubs offered programs and engaged in efforts to promote women’s suffrage in their own towns through amendments to local charters.  It wouldn’t be until 1913 that suffrage clubs would again form across the state.

Women engaged in activism in both women’s clubs and temperance organizations.  Though their efforts were largely connected to issues of the home and family, they were an entrance into the political sphere.

Women’s Clubs throughout West Virginia were an ally of the suffrage movement in the state. The clubs addressed many of the issues of the day in their meetings and that eventually extended to suffrage.  The approach to suffrage in the state was at first cautious, advocating for suffrage in school and educational matters only.  Many of the state’s suffragists were active in their local women’s clubs and strengthened support for the cause.

The temperance movement and the suffrage movement were inexorably linked. Members of the Woman’s Christian Temperance Union (WCTU) saw woman suffrage as a key to advancing their goal of prohibiting the manufacture and sale of alcoholic beverages.  The WCTU publication, the Union Signal followed the suffrage issue and the ratification of the 19th amendment closely.  Suffragist Lenna Lowe Yost was an active leader in the West Virginia state WCTU making woman suffrage a key issue for the organization.

It is important to note that available research has only identified white, middle and upper class women activists who championed suffrage. If West Virginia follows national trends, Black women were also engaged in advocating for suffrage.  Coralie Franklin Cook, faculty member at Storer College, advocated for women's rights. The minutes of the Charleston chapter of the NAACP reveal that in late 1920 education and training was provided by the chapter to Black women after the passage of the 19th amendment.   Further research is needed to find more stories of West Virginia's Black suffragists. 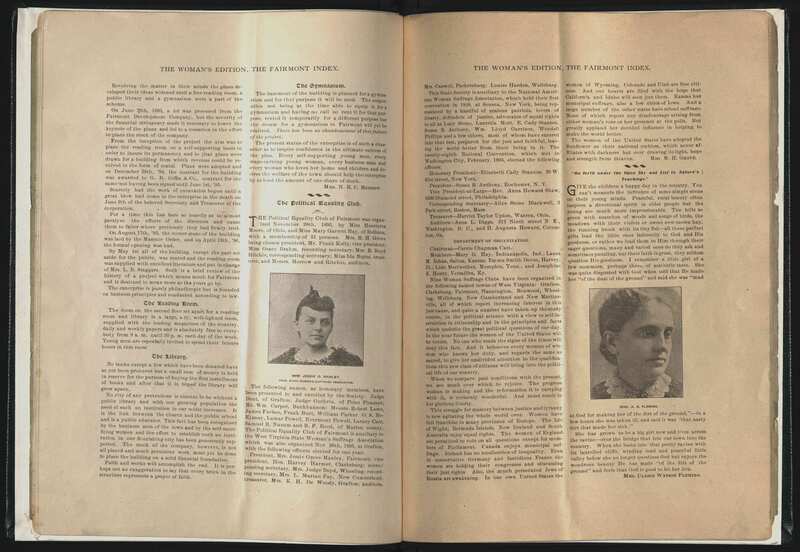 The Woman's Edition of the the Fairmont Index newspaper 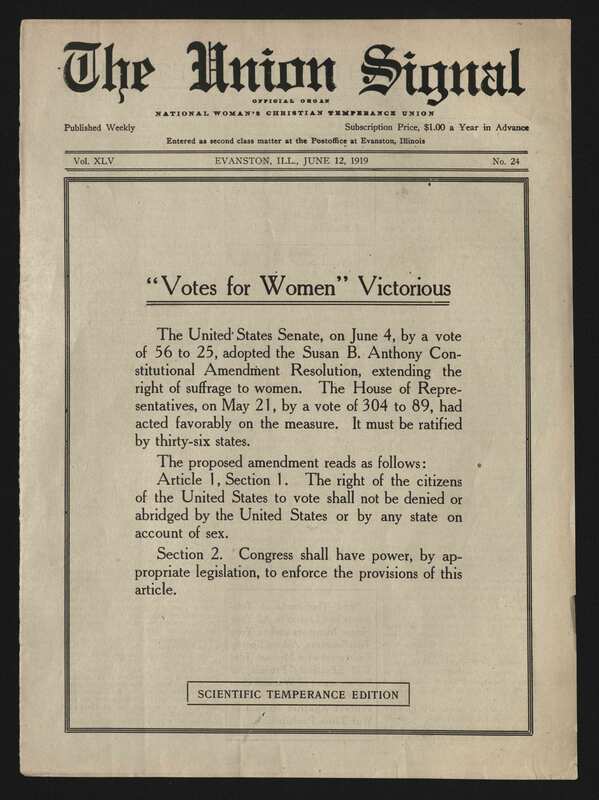 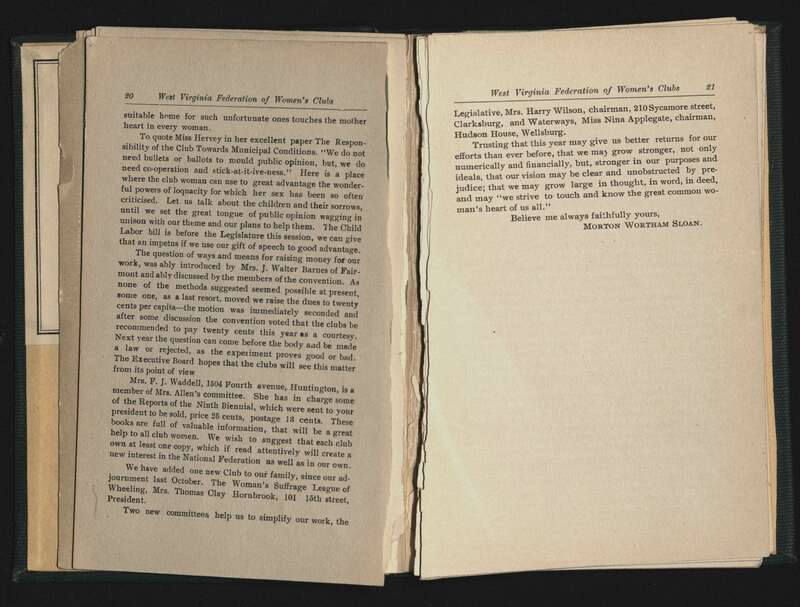